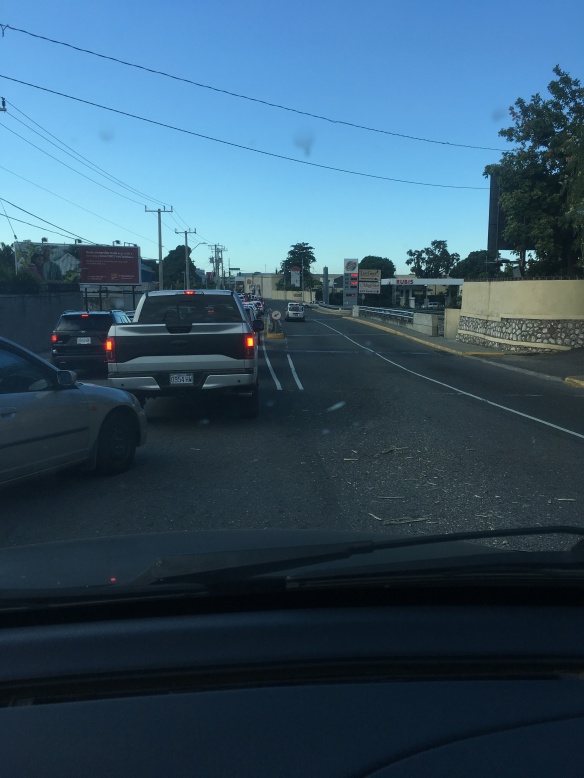 Every morning, as I drive my children to school, I witness several major traffic infractions. Mostly, it is the taxi drivers. They cut into traffic, don’t stop when they should, and worst, drive in the oncoming traffic lane. They simply don’t want to wait in the horrendous traffic lines, which is understandable. But at the risk of injury, or worse, death? It is so dangerous. Sometimes, they obey the law if the police are nearby, but as soon as enforcement is absent that day, most of them violate the law. In this picture, a driver is heading south (in the wrong direction) on a major road. This is normal. It is only a matter of time before there is a major accident.