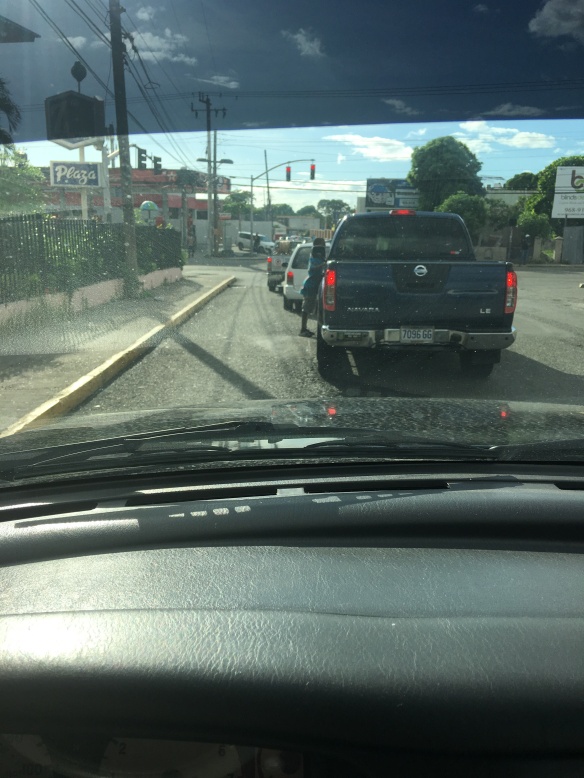 I saw two young boys the other day, probably around 10 years old, in the middle of the day. They were wiping windows at a HalfWay Tree intersection. This little boy stayed at the car window for the entire duration of the light, not getting anything from the driver. The way they move is so tragic, they carry themselves like adults, like individuals who have learned to defend themselves. And they put themselves in considerable danger, darting in and out of traffic, spending hours in the sun, probably with minimal food and water. Why are they not in school? Where are their parents? Where do they come from? Why are they on the street? Do they have anything to eat or somewhere to sleep? I went back the next day and they were gone. If they are there again, I will file a report with the Office of the Children’s Advocate.